How 3D Printing will impact on the Economy & Manufacturing sector.

In the coming years it’s going to be difficult to find an industry that won’t have an impact of 3D printing. All industrial sectors of the economy will be so influenced by this technology that one day we will look back shocked and wonder at how processes used to be handled in a pre 3D printing world. Now the obvious question arises in our mind is exactly where and how it’s going to have an impact?

Retail : Every customer has an urge to customize the products they purchase. Bryan Oknyansky, a lecturer at Regent’s University London, says that, in coming next years 3D printing will change the traditional mass-manufacturing model. “Taking into consideration the fact that currently manufacturing models require scale and standardised design to produce high volumes of products, the new manufacturer is suaved for one-off or small-batch production, depending on the 3D printing technology used,” he says. As a result we will get more customization in the products we purchase . 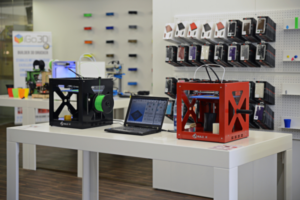 IOT’s & Electronics : In CES 2016 the Nano Dimension  demonstrated their desktop-sized printer which is fully capable of churning out usable electronics including multi-layered rigid printed circuit boards (PCBs). After concluding CES Nano Dimension announced a new technological breakthrough, in combining 3D printing of rigid PCB series with flexible conductive connectors in a single print, a development through its Nano Dimension Technologies subsidiary that targets the IoT market and allows for a bendable PCB that can be used in products with curved or complex geometrical shapes.

With this development, the company created a software which takes the user’s CAD files and utilizes an algorithm to convert them to 3D printable files. Flexible electronics are expected to see significant market growth within the next five years in applications such as the IoT, aerospace/aviation, and wearables. Well, even we’ve special expertise for 3D printed fully customized enclosures especially for IOT’s & Embedded Electronics industries. For free consultation visit www.3dera.in  or just email us consult@3dera.in

Healthcare : You could argue that no industry has as much potential as healthcare. There are already plenty of stories about 3D printing being used to print things like prosthetic devices, surgical models, and even living tissue. However, there’s still the education of customers and ethical issues to sort through before 3D printing completely permeates modern healthcare, but the potential is certainly there. 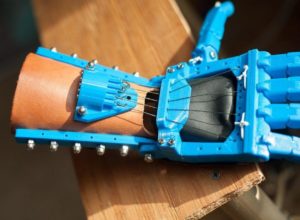 Automobiles :  3D printing has taken the automotive industry by storm. From printing car parts and accessories to creating new concepts from scratch, the possibilities of 3D printing are endless. The 3D printing technology was used just to print certain car parts, nowadays you can have an entire vehicle printed in just 44 hours. Additive manufacturing enables a continuous factory production for individual parts and thus, prevents losses that take place during a normal production process. Speed is another factor to take into consideration, because a faster process means more continuity to the design and the overall development process. Also, if manufacturers find themselves in need of a more traditional part, that isn’t included in the mass production, they can easily print it by simply adjusting the settings on the printer. 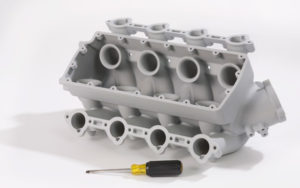 No doubt that this industry is still one in development that needs time to improve. But with technology advancing so rapidly these days, it’s not hard to imagine that 3D printing will become accessible to many people very soon.